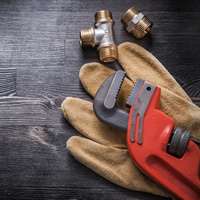 Another worker has won their case in the latest legal battle to arise as a result of somebody’s employment status.

Gary Smith had wanted to cut the number of days he worked a week from five to three after suffering a heart attack in 2010.

But the firm he worked for, Pimlico Plumbers, had refused his request and taken away his branded van. Mr Smith claims he subsequently lost his job.

While Mr Smith had been paying tax on a self-employed basis he had worked for nobody else for some six years.

The case revolved around whether the tradesman should be considered a self-employed contractor or a Pimlico worker; if the latter he would have far greater employment rights.

The Court of Appeal upheld a previous decision by an Employment Tribunal that the plumber should have been considered a company employee.

His legal team this month hailed the result as “a resounding victory.”

Charlie Mullins, the founder of the London-based plumbing outfit, said that while members of the workforce had been hired on a self-employed basis and were required to provide their own materials, the arrangement meant they were paid far more as a result.

Following the ruling, the businessman said he had already updated his contracts to take account of the decision, although he has indicated that an appeal to the Supreme Court isn’t out of the question.

“Like our plumbing, now our contracts are watertight,” he said.

While the case is of interest because of the increased scrutiny of the so-called “gig economy” – through which growing numbers of workers effectively operate as freelancers – a Court of Appeal Judge warned against drawing “very general conclusions” from the latest ruling.

For expert advice on employment rights, please contact the head of our Employment team Susan Bernstein or visit.