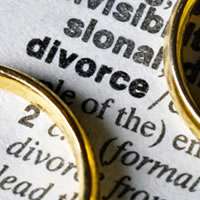 The Court of Appeal has rejected a wife’s bid to secure half of her millionaire husband’s wealth, it has been revealed.

She was awarded a £3.5 million divorce settlement, but argued that she was entitled to half of her husband’s £10 million fortune.

But the three appeal judges ruled against her, reasoning that Mr Hart was a millionaire long before the couple met.

The court heard how Mr Hart, now in his 80s, had been “a man of substance” before they moved in together, while Ms Hart had “no assets save for a Porsche” when they met.

The couple, who have two children together, lived in a £1.1 million gated mansion, which boasted a gym, home cinema room, and a separate guest annexe.

The pair also enjoyed a “life of luxury”, with holiday homes in Miami and Spain.

When Ms Hart was awarded the £3.5 million settlement last year, her lawyer described it as an “unfair and discriminatory result”.

“It is discriminatory to the wife to limit her to her reasonable needs and to say ‘we are giving the husband everything else,” he said.