Home » Could it be unfair to dismiss an employee for failing a drugs test? 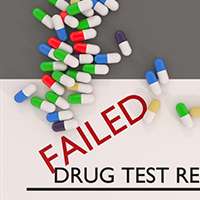 FACTS: Mr Ball, a 61 year old diabetic, was employed by First Essex Buses Limited (the Company) for over 20 years as a bus driver.  The company had a drugs and alcohol policy which allowed it to carry out random testing. A saliva test was carried out on Mr Ball which showed positive for cocaine. Mr Ball protested his innocence, claiming he had never used drugs and speculated that the saliva test might have been contaminated. He pointed out defects in the testing process.  In particular, he had not been asked to wash his hands or wear gloves before handling the sample and he put forward the theory that since he handled money and he had a tendency to lick his fingers when they were sore, it was possible that bank notes containing traces of cocaine had found their way into the sample. Mr Ball provided the results of his own drug test, a hair follicle test which did not detect any cocaine in his system.  The Company sent the saliva sample to a second drug testing agency which confirmed the presence of cocaine but ignored the follicle test.  Mr Ball was invited to a disciplinary hearing, following which he was summarily dismissed for gross misconduct. The Company dismissed the hair follicle test as it had not been carried out by the company’s approved drug tester.

More investigations occurred when Mr Ball appealed.  The laboratory used by in the employment tribunal indicated to the Company that the transfer of cocaine from money onto the hands and then saliva was highly unlikely to cause a positive result and also indicated that the amount of cocaine detected in the saliva sample might not have been sufficient to show up in the hair follicle test.

Mr Ball lodged a claim for wrongful and unfair dismissal and the Company contended that it dismissed Mr Ball fairly for a conduct- related reason, and that it had adopted a fair procedure.

HELD:  Mr Ball’s claims were upheld because the investigative process was flawed.  In particular, the tribunal noted:

Comment: This case illustrates that employers should not treat the results of drug tests as “black and white” where a reasonable explanation is offered by the affected employee, even in a sector where public safety is at stake. The employer in this case appeared to have made the decision to dismiss Mr Ball as soon as the saliva test came back positive and was not willing to consider the evidence provided by Mr Ball. Also, employers must appreciate that failing a drugs test and being under the influence of drugs are two entirely separate matters.  If an employee fails a drugs test, a fair and reasonable investigation must be carried out before the disciplinary proceedings can be concluded.