Home » Transport for London fined after worker was hospitalised in fall 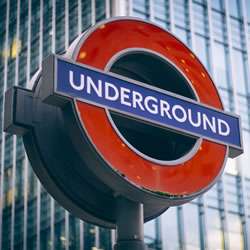 London Underground has been handed a half a million pound fine after a maintenance worker suffered a fall in a disused station.

The member of staff sustained a number of injuries and was hospitalised for 10 days after plunging almost 9.5 metres from a scaffold tower while working in a lift shaft at the now defunct South Kentish Town tube station.

Following on from the incident in September 2014, an investigation found that London Underground had failed to plan, manage or supervise the work.

The investigation found that the scaffolding had not been assembled properly and procedures which could have prevented the incident had not been followed.

London Underground admitted a breach of the Health and Safety at Work Act at Blackfriars Crown Court in October and this month was fined £500,000 and ordered to pay an additional £50,000 in costs.

Keith Atkinson, HM Principal Inspector of Railways, said: “London Underground has a good safety record, but this incident highlights why there can be no room for complacency.”

A Transport for London (TfL) spokesman said: “This was clearly a serious incident involving one of our employees and we acted quickly to investigate the causes and take action to ensure that it does not happen again.”

If you have suffered an injury or accident at work and need advice on the options available, please contact our head of Dispute Resolution Stephen Silverman or visit our website.