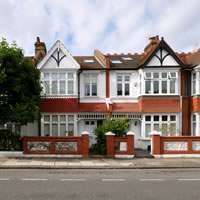 A new survey has suggested that a sizeable percentage of UK tenants are failing to sign inventories – and putting themselves at risk of deposit deductions and disputes as a result.

Research carried out by money.co.uk found that 79 per cent of student tenants were not signing an inventory when they moved into a rented property, while 40 per cent of renters surveyed said that they had lost over one third of their initial deposit.

The worrying statistics have inspired the Association of Independent Inventory Clerks (AIIC) to speak up and call upon UK tenants to take greater care at the point of moving into a new rented property.

According to the AIIC, if more tenants begun checking and signing inventories, many less would suffer deductions from their initial deposits at the point of vacating a property.

Inventories are put in place to help landlords to make a fair comparison between the condition of their property at the beginning and end of a tenancy agreement. If a tenant thoroughly checks and signs an inventory upon moving into a rented property, that tenant is entitled to receive their deposit back in full assuming that the property is left in its requisite state when they move out.

“For these reasons, professional inventories which incorporate photo evidence can help to minimise the chances of a deposit dispute,” explains AIIC chair, Patricia Barber.

She says: “A signed and agreed complete inventory should be a minimum requirement at the beginning of a tenancy.

“Although these figures cover student tenancies, it would be no surprise to learn that a high proportion of regular renters enter into a contract without an inventory having been compiled.”