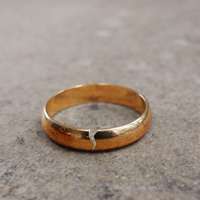 The number of civil partnerships rose by more than three per cent in 2016, the first such increase since same-sex marriage was introduced four years ago.

The figures collated by the Office for National Statistics (ONS) confirmed that there were a total of 960 civil partnerships in England, Wales and Scotland over the 12 month period. This was a slight increase in the 925 recorded in 2015.

Over the same period, 1,313 partnerships were dissolved.

“However, 2016 represents the first increase in civil partnership formations since this change, showing that a minority of same-sex couples still prefer this option to marriage.”

Graham Fraser, from the family law association Resolution, said: “The increase in civil partnerships, for the first time since the introduction of same sex marriages, demonstrates how modern families are changing. It’s important that the law keeps up.

“These figures will be of interest to policymakers and anyone monitoring the debate about extending civil partnerships to heterosexual couples – who may also wish to choose this way of marking their commitment to each other over marriage.”

“It is also significant that more civil partnerships were dissolved than formed. The law needs to be able to adapt to the changing times in which we live and it is important that couple take legal advice on their situation so they can put measures in place which protect them in the event of  the relationship breaking breakdown.”