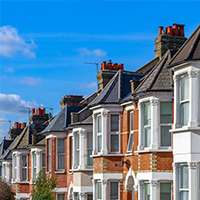 According to a recent study, the number of mortgaged first-time buyers in the UK rose to 365,000 in 2017, the highest level seen in more than a decade, with the rise being attributed largely to November’s Stamp Duty Land Tax (SDLT) cut.

Last year saw a 7.4 per cent increase in the number of first-time buyers getting onto the property ladder compared to 2016, with the Government’s Help to Buy scheme and competitive mortgage deals also having a noticeable impact on the figures.

One estate agent that saw a 10 per cent year-on-year rise in the number of new buyers in January said that the increase, coupled with the £300,000 limit on property prices to qualify for SDLT, pushed average prices up to £183,506.

Most people buying a property costing more than £125,000 – or more than £40,000 on additional homes – must pay SDLT on a sliding scale from two per cent to 12 per cent depending on the value of the home.

Another way younger people can get on the property ladder is to seek financial help from a parent. However, in the past, this has proved problematic, as it can lead to Capital Gains tax (CGT) problems for the parent and can negate the Stamp Duty bonus for the young person.

This is negated however with a joint borrower, sole proprietor (JBSP) mortgage, which allows borrowers to escape the surcharge trap and to take advantage of the first-time buyer exemption.