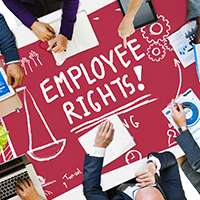 The Supreme Court has sided with a worker in a case seen as a major test of the rules on the so-called ‘gig economy’.

Tradesman Gary Smith has argued that he should be considered a ‘worker’ by Pimlico Plumbers and should be entitled to sick pay, holiday pay and other workers’ rights.

Smith had worked for Pimlico Plumbers as a heating engineer for the six years until suffering a heart attack in 2011. He said he then asked to work three days a week, but this was rejected and his van taken away.

Delivering the judgement, Lord Wilson, said: “Although the contract did provide him with elements of operational and financial independence, Mr Smith’s services to the company’s customers were marketed through the company.

“More importantly, its term enabled the company to exercise tight administrative control over him during his periods of work for it; to impose fierce conditions on when and how much it paid to him, which here described at one point as his wages; and to restrict his ability to compete with it for plumbing work following any termination of their relationship.

“We hold that the tribunal was entitled to conclude that the company cannot be regarded as a client or customer of Mr Smith.”

Charlie Mullins, Chief Executive at Pimlico Plumbers, said he was “disgusted by the approach taken to this case by the highest court in the United Kingdom.

“This was a poor decision that will potentially leave thousands of companies, employing millions of contractors, wondering if one day soon they will get a nasty surprise from a former contractor demanding more money, despite having been paid in full years ago.

“It can only lead to a tsunami of claims.”

Meanwhile, Frances O’Grady, the General Secretary of the TUC, said: “This case has exposed how widely sham self-employment has spread. Bad employers are using every trick in the book to deny staff basic rights. It’s time to end the Wild West in the gig economy. The government must get tough on rogue bosses and give unions the right to organise in more workplaces.”

For expert advice on employment legislation, please contact the head of our Employment team Susan Bernstein or visit our website.