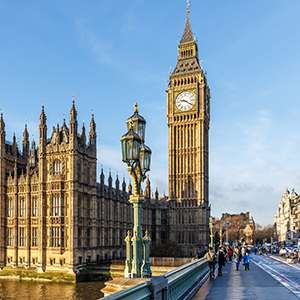 The Chancellor’s speech, billed as a ‘Summer Economic Update’, has outlined the second phase in the Government’s economic response to the crisis. Within his announcement Rishi Sunak revealed a number of new measures that would seek to protect, create and support jobs.

However, the impact of the Government’s latest measures are likely to have a far-wider impact on certain sectors as they attempt to rebuild and recover following months of restrictions and challenges.

To help you understand the impact of the Summer Economic update on your personal and businesses affairs we have prepared a helpful summary:

The Chancellor has placed the property and construction sectors at the core of his measures designed to create jobs. To get these sectors moving again he has announced a temporary cut to Stamp Duty Land Tax (SDLT) by raising the nil-rate band from £125,000 to £500,000 from now until 31 March 2021.

The Treasury estimates that, as a consequence, around nine in 10 people buying a main residence will pay no SDLT.

Staying with the focus on housing, the Chancellor announced a £2 billion Green Homes Grant for homeowners and landlords, covering two-thirds of the cost, up to a cap of £5,000 per household, towards making homes more energy-efficient, with more for low-income households.

These measures came in addition to £5 billion of infrastructure spending announced a week earlier by the Prime Minister and came on top of various other measures targeted at the housing and construction sectors.

The Chancellor has confirmed that the Coronavirus Job Retention Scheme (CJRS) will close, as planned, at the end of October, arguing that “leaving the furlough scheme open forever gives people false hope that it will always be possible to return to the jobs they had before”.

The scheme currently offers employers grants worth 80 per cent of a furloughed employee’s usual salary up to a cap of £2,500 a month plus the associated Employer National Insurance Contributions (NICs) and minimum automatic enrolment pension contributions.

Furloughed employees will be paid 80 per cent of their usual pay up to a cap of £2,500 a month until the end of the scheme in October and, since the beginning of July have been able to return to work part-time, with employers claiming a grant only in respect of usual hours not worked.

The Chancellor’s announcement confirms that grants from the scheme will cease to cover Employer National Insurance Contributions (NICs) and minimum automatic enrolment pension contributions from August. In September, the value of grants will fall to 70 per cent of usual wages up to £2,187.50 a month with employers making up 10 per cent.

Finally, in October, the grant will fall to 60 per cent of usual wages up to £1,875 a month, with employers expected to make up 20 per cent.

Many employers fear that they may need to make redundancies as a result of the changes to the CJRS. However, the Chancellor looked to cushion the blow with the announcement of a Job Retention Bonus. The new scheme will see the taxpayer give employers £1,000 for each previously furloughed employee they retain and keep in employment until January, as long as they are paid at least £520 a month. Further details of the scheme are expected later in July.

The current CJRS scheme and the Job Retention Bonus may require employers to review existing arrangements with their staff to ensure they are compliant.

The Chancellor has announced the Kickstart Scheme, which will provide £2 billion to support the creation of “high quality” six-month work placements for 16 to 24 year-olds on Universal Credit and at risk of long-term unemployment.

The Government will provide employers that offer the placements with funding equivalent to 100 per cent of the relevant level of the National Minimum Wage (NMW) for 25 hours a week. It will also cover the associated Employer NICs and minimum automatic enrolment pension contributions.

Outlining further plans to support people in finding jobs, the Chancellor confirmed 10 additional measures, including funding for traineeships and apprenticeships, as well as funding for several careers and job-finding programmes.

The apprenticeships funding will provide £2,000 to employers in England for every apprentice hired under the age of 25 and £1,500 for each newly hired apprentice aged 25 or older. This funding is in addition to schemes already in place to support employers in taking on apprentices.

In light of the Government’s latest measures it is important that you review your current legal affairs so that you can take full advantage of what is on offer.

To find out how we can help you with these and other COVID-19 related matters, please speak to our team.

A full summary of the Government’s measures can be found at Plan for Jobs.