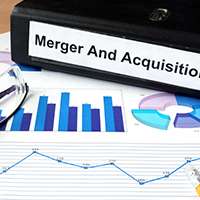 There has been a sharp fall in Merger and Acquisitions (M&A) activity over the last 12 months, according to recent figures.

Meanwhile, corporate M&A activity fell to £15.1 bn over the same period – the lowest since the EU referendum in June 2016.

At the same time, investment overseas by UK companies also dropped to its lowest level since the referendum, with £8.4 billion being spent. This has been widely attributed to the relative weakness of the pound.

However, figures for July and August show encouraging signs for Q3 2019 with inbound M&A reaching £22.2bn, substantially helped by a small number of larger deals.