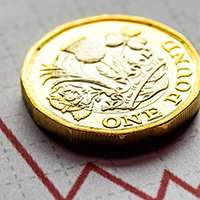 Parliamentary time limitations resulting from the ongoing Brexit debates have meant that motions and a draft statutory device to increase probate fees is still waiting for approval in the Commons.

Dubbed a ‘death tax’ by the press, the proposed fee structure is now unlikely to come into force until late April at the earliest, depending on parliamentary time, but London law firm OGR Stock Denton is encouraging families to be prepared and plan ahead.

Currently, no date has been set for a parliamentary motion for the draft Non-Contentious Probate (Fees) Order 2018, which was initially laid before parliament on 7 February and expected to come into effect on 1 April.

The Ministry of Justice has confirmed that once the motion is approved, the new probate fee regime would come into effect 21 days later.

This can lead to debates and subsequent amendments that could delay the whole process of any fees being introduced.

The Ministry of Justice confirmed the most recent probate fee structure will stay in place for as long as the current registration process, with the pre-HMRC inheritance tax registration required.

The delay has caused a great deal of confusion among advisers, who were expecting the new fees to come into effect in early April.

HM Revenue & Customs has reported a high level of calls from advisers asking about the current process to register an estate for inheritance tax through HMRC, which is mandatory before registrations for probate.

A HMRC spokesperson stated: “The helplines were getting calls about the new probate fees – there is some confusion from our customers and a lot of people calling the helpline about this, asking about what was happening.”

Under the Ministry of Justice plans, the current flat rate fee for probate will be changed so that fees are based on the value of the estate.

The increase in fees is likely to have a significant effect on asset rich but cash poor estates, such as those with agricultural assets or where the only asset of the estate is a substantial, high-value property. It is feared that this could leave people in financial hardship and unable to access their inheritance.

It has been suggested that in some cases families may be able to seek a private loan to help, but specific financial products do not yet exist.

Speaking about the proposed changes to probate fees Tim Crook, Senior Associate at OGR Stock Denton, said: The introduction of a new probate fees regime, whenever it may happen, makes it more important than ever for individuals to consider their estate planning needs and how they wish to provide for a spouse / partner or to pass assets on to future generations on their death.

“Certain assets are not included when calculating the value of the estate for probate purposes (for example jointly held assets or non-UK situated assets) and the value of the estate can also be reduced by making lifetime gifts.  It is essential that appropriate estate planning advice is obtained to ensure any arrangements are done in a tax efficient manner and also that appropriately drafted Wills are in place.”