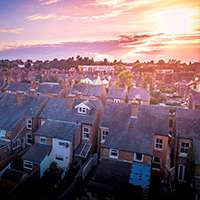 Well over half of UK adults questioned for a recent YouGov Survey for the HomeOwners Alliance, BLP Insurance and Resi.co.uk architects said that the UK’s system of leasehold and freehold properties is a serious issue.

More than 2,000 people were questioned for the survey, with around two thirds also saying that the quality of homes in the UK is a concern. This represented a six per cent increase on the equivalent figure from 2018.

Speaking to Property Reporter, Paula Higgins, Chief Executive at the HomeOwners Alliance, said: “It is shocking that in a country that is a leading world economy that so many people have serious concerns about the quality of our old and new housing stock, whether they are renting or are owner occupiers. We need more decent housing for more of us.”

A quarter of leaseholders surveyed said that management fees and the cost of works were too, with similar number complaining about unfair service charges and lack of control over the cost of works.