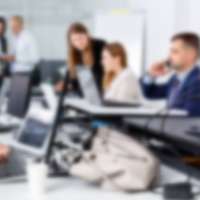 New research has found that achieving gender parity and advancement for female workers remains a major challenge for businesses.

The report from Korn Ferry and The Conference Board found that 66 per cent of 300 HR executives questioned thought that the representation of women in leadership roles within their organisations was inadequate.

More positively, a similar proportion (62 per cent) said they had seen improvements over the last five years.

Beatrice Grech-Cumbo, Korn Ferry leader of Advancing Women Worldwide and Senior Client Partner, told HR Grapevine: “The obstacles a woman faces exist across the entire lifecycle – from hiring to promotion and throughout development.

“This point in the pipeline significantly impacts the promotion pool of female talent.”