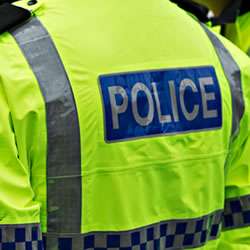 A new Bill which would enable the families of missing persons to apply for legal guardianship of their assets has been backed by a number of MPs at the House of Commons.
The Bill, known as “Claudia’s Law” has been named after Ms Claudia Lawrence, a chef from Yorkshire who has been missing for more than eight years.

It suggests that “distressed” families who find themselves unable to influence the direct debits, mortgage payments and financial affairs of missing persons should have the right to apply to “take control” of their loved one’s finances after a period of 90 days.

Supporters of the Bill say that, currently, many families under “obvious stress” are finding themselves unable to manage the debt of their loved ones in the event that they are ‘missing’ for long periods of time.

Kevin Hollinrake, Malton and Thirsk MP, said: “You can imagine – as well as the obvious stress… of a loved one going missing, you’ve got these other added pressures which may lead to the people themselves losing their home.

“There’s lots of different financial transactions that need to be managed by somebody… It’s just one more problem that needs to be solved.
He said that, if the Bill is passed, a guardian will be able to “take control of the financial affairs of the missing person, will have authority to act on their behalf and will be able to use the property of the missing person to help those left behind”.

Mr Lawrence, father of missing person Claudia Lawrence, added: “After Claudia disappeared I couldn’t believe there wasn’t any law in place in this country to enable those left behind to look after financial affairs.

“It was just mind-boggling at a time when you’re emotionally at your lowest ebb”.

The Bill, which MPs backed unanimously in the Commons, will go to a second reading next month, according to reports.

Research from UK charity Missing People suggests that as many as 80,000 British adults are reported missing every single year.