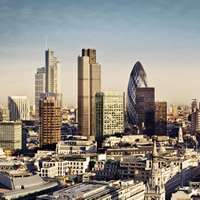 The High Court has ordered project management firm Lendlease to pay £14.8 million after a glass window fell from the 17th floor of one of its buildings onto the street below.

The Court heard how a 15ft plate of glass fell from the former London Stock Exchange tower, now known as 125 Old Broad Street, narrowly missing office workers on the street.

In total, 17 plate glass windows failed. The owner of the building was forced to reclad the building just four years after it was first renovated by Lendlease.

Mr Justice Stuart-Smith described the project’s failing as “disastrous”. He said Lendlease had failed to ensure it had the sufficient documents to prove the glazing supplied had been properly heat-treated to prevent failure.

“I find as a fact that a substantial proportion of the glass that was used on 125 OBS, probably in the region of 35-40% though possibly more, was not heat soaked in accordance with the requirements of the contract,” he said.

“If it had all been heat soaked properly, there would probably have been either no breakages or one breakage.”

Around £8.7 million of the award will cover costs of reglazing the building.

However, Lendlease said the judgement was a “procedural matter” and the case centred on work subcontracted to window glazing firm Permasteelisa.

“Permasteelisa and Lendlease have reached an agreement whereby Lendlease will not be financially impacted,” said a Lendlease spokesperson.

In a statement, Klaus Lother, Chief Executive Officer of Permasteelisa UK Ltd said: “This judgment is relevant to an old project executed in 2005 and is connected with a decision by the client to change the project materials.

“The need for changing said materials was attributed by the client to Permasteelisa, which we objected to.

“Although we cannot agree with the conclusions of the judgment, we were long since prepared for such a possibility.”