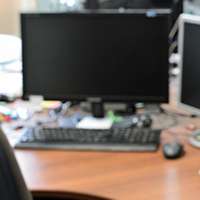 An NHS trust has made a payout to an 89-year-old woman who was found by an Employment Tribunal to have been wrongly dismissed as a result of being discriminated because of her age.

Eileen Jolly was dismissed from her role as a secretary at the Royal Berkshire Hospital after managers said she was not using a computer system as a result of her ‘old secretarial ways’.

At an earlier hearing, Employment Judge Andrew Gumbiti-Zimuto, found that the trust had discriminated against Mrs Jolly on the grounds of age. He said that her age and health conditions had been commented upon inappropriately and described her dismissal as being “tainted by discrimination”.

A remedy hearing had been due to take place, but the trust instead opted to offer Mrs Jolly an out-of-court cash settlement, which she accepted.

A spokesman for the Royal Berkshire NHS Foundation Trust said: “The trust is disappointed by the outcome in this case. However, the trust has and operates an equal opportunities policy and, following a detailed review of the case, is taking steps to ensure that lessons are learned and that all reasonable steps are taken to prevent any form of discrimination in the workplace.

“The trust will comply with the tribunal’s order to pay an agreed sum to Mrs Jolly by way of compensations.

“Given that these proceedings have been upsetting and distressing for all concerned, the trust is pleased that this matter is now concluded and parties can move on. It wishes Mrs Jolly all the best for the future.”