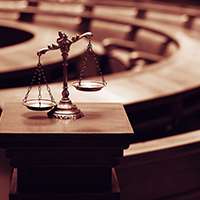 A new report published by the Office for National Statistics (ONS) in recent days claims that discrimination may ‘play a part’ in the UK’s gender pay gap.

The extensive study, which offers a fresh analysis of the gender pay gap across multiple sectors, has revealed that the average female employee is paid approximately 9.1 per cent less that her average male counterparts.

However, in some sectors – including banking and financial services – the rift can be as wide as 32 per cent, the report claims.

The ONS’ research revealed that approximately two thirds (61 per cent) of Britain’s gender pay gap cannot be explained by different work patterns, or even by factors such as seniority or tenure.

It concluded that, as a result of this, “it is possible” that sex discrimination “plays a part” in the overall gap.

“We struggle to make progress on the pay gap because every conversation seems to have to start by proving it exists against sexist comments about ‘lifestyle choices’,” she said.

“[But] the ONS’ analysis has debunked the myth that women are paid less than men simply because they ‘choose’ to do lower-paid jobs.”

Hayley Trovato, Senior Associate at OGR Stock Denton, said: “This latest report by the ONS may now put paid to the argument often used to explain and even justify the gender pay gap – that it simply comes down to a ‘matter of choice’.

“That women choose to study less profitable subjects and that they choose to enter less well-paid jobs gives them more flexibility, but adversely affects their earnings.

“The gender pay gap will not be closed by simply moving women into higher-paid occupations – even when men and women do the same work the pay is very often still unequal,” she said.

“Hopefully this report, together with the new Gender Pay Gap Reporting Regulations, will go some way towards closing this gap.”