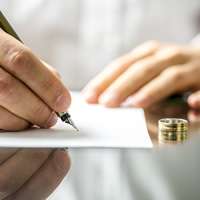 The question that many family law professionals are bound to ask when Parliament reconvenes this summer is whether MPs will finally consider adopting no-fault divorce.

Organisations such as Resolution, the family law association, have been clamouring for change for years, arguing that the current system puts couples in the invidious position of having to apportion blame and this ultimately makes for more acrimonious separations.

After news broke that Theresa May had called a snap election, Resolution urged politicians from all parties to look again at fundamental reform of the current process.

Rebecca Amboaje, from OGR Stock Denton’s family law department, said: “Proposals and discussion documents aimed at reforming existing divorce law have been in the public arena for nearly 30 years.  As far back as 1988 the Law Commission published a discussion paper on the ground for divorce.

“One of the main aims is to try and enable couples to get divorced with the minimum amount of distress and to encourage them to amicably resolve the practical issues relating to the finances and the children, as well as to try and minimise the harm to the children of the family both during the divorce and into the future.

“I recall studying the new proposed procedure for setting in motion the divorce process when at university back in the early 90s!  Nothing has changed and we still have a system where the only no fault ground for divorce requires a couple to be living apart for two years.

“As a member of Resolution I am in favour of ‘no-fault divorce’ and hope that the law can catch up with the real world in which we live.”

OGR Stock Denton has a wealth of experience advising on divorce proceedings. If you would like further information about our services, please contact Rebecca Amboaje or visit.