Home » To be or not to be Assured Tenancies, that is the question!? 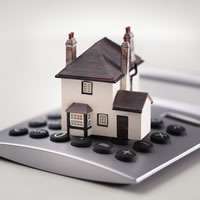 For landlords of mixed use buildings  to note (where a building consists of a commercial unit(s) and residential flats: if the annual rent is more than £100,000 then, even if the residential tenancy may have been expressed specifically as an assured tenancy , the tenancy won’t be an assured tenancy – the relevance of this is under section 5 Landlord and Tenant Act 1987 (1987 Act) under which a landlord who wishes to sell the freehold or a superior long lease has to first serve notice on the residential tenants giving them the first right to buy the freehold or long lease but landlords are relieved of this obligation where the tenancy is an assured tenancy under The Housing Act 1988(H A 1988).  However, subject to other conditions of the HA 1988  being satisfied, a tenant of a flat which isn’t an assured tenancy has to be served with this section 5 notice under the 1987 Act which , obviously will cause the landlord considerable delay in being able to sell the property  – if the section 5 notice procedure applies, the Landlord commits a criminal offence if the Landlord fails to do so.