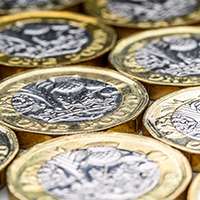 The Ministry of Justice (MoJ) has said that it is considering reviving Employment Tribunal fees in some form in the future.

The Government introduced fees for Employment Tribunals in 2013 which ranged from around £160 to as much as £1,200 in the most complex cases. However, the Supreme Court ruled in 2017 that the scheme was unlawful and the Government consequently scrapped them.

Appearing in front of the House of Commons Justice Select Committee, MoJ permanent secretary, Richard Heaton, said: “We have taken time over this. We have to get the fee level right. I can see a scheme working that is both progressive and allows people out of fees where they can’t afford to.”

He added: “What we are not trying to do is squeeze as much income as we can out of every litigant.”

MoJ is currently in the process of refunding people who paid the fees before they were withdrawn. Since April 2018, MoJ has refunded a total of £15.8 million.