Home » Marriage Equality Bill could be presented from the backbenches 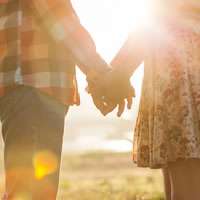 A MP is considering whether to bring forward legislation to open up civil partnerships to mixed-sex couples.

Chris Bryant, the Labour MP for Rhondda, in Wales, has topped a ballot for Private Members’ Bills, giving him the opportunity to set out measures from the backbenches.

Mr Bryant took the unusual step of last month canvassing his constituents on six possible Bills to bring before Parliament.

Among them was a Marriage Equality Bill, a key element of which would be to make civil partnerships available to heterosexual partners.

The Bill would also make it a legal requirement to include mothers’ names on marriage certificates, in addition to those of the father.

Mr Bryant, who previously entered a civil partnership himself, is one of a number of politicians who have given their support to making the arrangement available to all.

Sadiq Khan, the Mayor of London, endorsed the move earlier this year.

He said: “I am passionate about achieving equality for everyone and this means giving mixed-sex couples the right to a civil partnership.

“I recognise that there are many reasons why some people may not want to enter into a traditional marriage, and agree that everyone should have the right to express their relationship in a loving union that works for them.”

Debate about what should be done with civil partnerships has been raging since the introduction of gay marriage laws in 2013.

The following year, the Government announced that it would leave current legislation untouched, neither abolishing civil partnerships nor making them available to all.