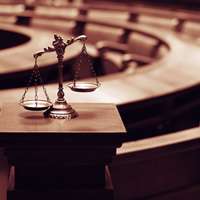 An academic embroiled in a legal battle with his estranged wife has continued to press the case that they were in fact never legally married.

Khaled Hayatleh, who lectures at Oxford Brookes University, had split from his wife Reem Mofdy after she had attacked him in 2012. She had been convicted of common assault following the incident, which had arisen because she suspected Mr Hayatleh of infidelity.

Both parties filed for divorce the following year.

However, the pair continue to be locked in court proceedings over the £1million property they had shared in Oxford.

The 50-year-old professor has maintained that the home, which is in the popular suburb of Sunnymead, should not be taken into consideration when it comes to the divorce settlement.

He has also protested that the couple had actually never been validly married, suggesting there were no authenticated supporting documents.

A Judge had previously dismissed the claim that their union was somehow invalid, but Mr Hayatleh hopes to have this ruling overturned by the Court of Appeal.

The lecturer did not not attend the pair’s arranged marriage, which took place in Syria 17 years ago. He chose for his brother to stand in for him at the ceremony, which is a legal practice under Syrian law.

Peter Martin, Head of our Family Team comments:  “The question of the validity of the marriage could be of crucial importance in deciding the issues on finances.  It is an issue with arranged marriages and marriages outside the UK, particularly where there a very different customs, which oftem needs to be resolved.”

The Appeal Court judges have reserved their decision and will give a ruling at a later date.

For further information about this update then please contact Peter Martin,  on 020 8349 0321 or by email.