Home » Late payments are a growing problem for UK SMEs 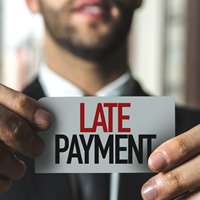 The Federation of Small Businesses (FSB) recently estimated that as many as 50,000 business failures could be avoided every single year if suppliers were paid on time. Meanwhile, separate research from the Association of Independent Professionals and the Self Employed (IPSE) has found that freelancers are losing an estimated £16.5million annually due to the amount of time spent chasing late payments.

Late payment is becoming an increasing problem in today’s business environment – so much so that the Government is attempting to crack down on the UK’s ‘late payment culture’ by introducing potential fines and criminal proceedings for large companies and directors who fail to publish details of their payment practices.

The news, which was recently announced by the Department for Business, Energy and Industrial Strategy (BEIS), comes shortly after research by Amicus Commercial Finance found that six in every ten invoices issued to small and medium-sized enterprises (SMEs) are paid late.

In a survey carried out among UK SMEs, they found that as many as 70 per cent of firms relied on getting paid on time to avoid a shortage of working capital – while one in ten fear that they are likely to go bust in coming years as a result of an ongoing ‘late payment problem’.

Commenting on forthcoming payment practice reporting guidelines for large firms, which will take effect in April this year, Mike Cherry, national chairman at the FSB, said: “The new Duty to Report is the centrepiece of the Government’s transparency agenda to combat poor payment practice.

“We welcome this as an important tool to change a UK business culture where it is deemed acceptable to pay small firms late.

“We estimate that if payments were made promptly, 50,000 business deaths could be avoided every year, adding £2.5bn to the UK economy,” he added.