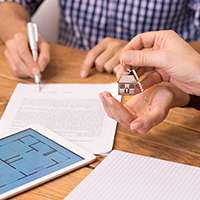 The death of a millionaire banker involved in a significant property transaction has led to an inheritance dispute between his daughters and his former partner.

At the time of Rainer Kahrmann’s sudden death in 2014, he had been involved in property transactions that eventually brought in £4.4 million. £2.2 million of these proceeds went to Mr Kahrmann’s former partner, Hilary Harrison-Morgan, with the remainder going to his daughters.

However, the sisters were unhappy about how the transaction had taken place and so chose to return their £1.1 million shares to the estate.

Penelope Reed QC, who is representing Mr Kahrmann’s daughter, Allice, said: “in this case, there was no lawful basis for Mrs Harrison-Morgan to receive the money which should have gone to the estate.

“She should never have received the money and must now return the benefit of it to the estate by way of money had and received.”

She added: “On any view, the deceased’s share of the profits should have gone to the estate.

“He was plainly entitled to this money had he been alive, and that entitlement passed to the estate.”

However, Mrs Harrison-Morgan’s barrister, Clifford Darton QC, said: “Mr Kahrmann’s entitlement to 50 per cent of the profit from the sale had always been predicated on the basis that he would deliver vacant possession.

“After 3 July 2014, such possession could only be achieved with the consent of Mrs Harrison-Morgan or as a result of a successful claim against her.

“The payment was made… under a contract under seal and in consideration for Mrs Harrison-Morgan’s vacation of the property and any claims over it.”

A decision in the case has been reserved until a later date.