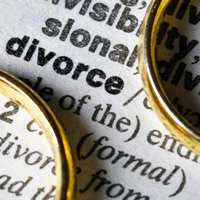 A rising number of individuals who have previously divorced are now opting to remarry in later life, new figures have shown.

The marriage rate for over 65s has increased by almost half in the period between 2009 and 2014, according to the latest data collated by the Office for National Statistics (ONS).

In contrast, the number of twenty-somethings choosing to get married fell by over 20 per cent during the course of the five years.

Dr Kate Davidson, a senior visiting fellow at the University of Surrey and a member of the British Society of Gerontology, has interviewed a number of those who have tied the knot in later life.

Nicola Haines, from the ONS, added: “A possible reason for the increase in marriage rates for the 65-and-over age group is due to increased life expectancy meaning that people are living longer.

“Consequently there is more opportunity for marriages to end in divorce and divorcees may then go on to remarry.”

There were a total of 247,372 marriages between opposite-sex couples recorded in 2014, up almost three per cent on the previous year.

It is thought that some more superstitious people may have put back their wedding so that they didn’t exchange their vows in a year ending in the number 13.

2014 is also noteworthy because it was the first year that gay couples were able to get married, following Parliament’s vote to approve equal marriage laws.

There were a total of 4,850 marriages between same-sex partners during the course of the 12 month period.