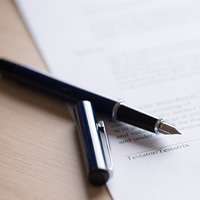 A school headteacher who was dismissed from his job after he carried a pupil out of a classroom has won his claim for unfair dismissal.

David Dee, who held the top job at Cedars Park Community Primary, in Stowmarket, Suffolk, had initially been charged with common assault after picking up a girl who had refused to leave a lesson.

Although a Magistrates Court acquitted Mr Dee, he nonetheless lost his job nine months later after governors branded his actions “dangerous and irresponsible.”

Now he has won his case at an Employment Tribunal and is set to receive compensation.

Chris McGovern, a former headteacher who now chairs the Campaign for Real Education, said: “The governing body of his school should be hanging their heads in shame. It is just appalling.

“It is no wonder that it is so difficult to recruit headteachers and so many are leaving the profession. They need to be supported.”

The Tribunal had heard that a student teacher had asked for help in dealing with a pupil who had been accused of hitting a classmate with a plastic pen pot.

The girl in question had refused to leave the classroom, prompting Mr Dee to lift her out of her chair and carry her away under his arm.

At a Tribunal at Bury St Edmunds, he had admitted having “gone too far” in his handling of the situation but argued his actions did not amount to gross misconduct.

A Judge concluded that it was some time after the original incident, in April 2014, that the claimant had been asked to give an account of what had happened. Questions were also raised about the impartiality of the school’s internal investigation, which had led to his dismissal the following summer.

For expert advice on pursuing a Tribunal claim, please contact the head of our Employment team Susan Bernstein or visit our website.