Home » The ‘great ground rent rip off’ – what’s been happening? 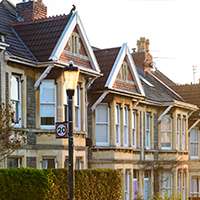 In such cases, the terms of the lease has meant that ground rents have been spiralling out of control, or clauses in the lease have left home owners unable to make improvements to their property without being penalised.

Now the Government is cracking down on unfair leasehold practices. It plans to ban the future sale of houses as leasehold, and is proposing that ground rents will be cut to zero.

What help is available?

Taylor Wimpey – just one of a number of housing developers at the centre of the scandal – has not admitted liability for any wrongdoing but has voluntarily set aside £130 million to help homeowners who have been locked in to ‘doubling ground rent’ leaseholds.

Other house builders have yet to follow suit but we can advise you on your legal options if you are worried about ground rent charges or other issues relating to your leasehold agreement.