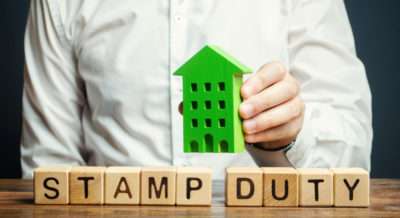 The Government is considering changes to Stamp Duty Land Tax (SDLT) in the Budget on 11 March.

Boris Johnson stated during his leadership campaign that he would consider cutting the top SDLT rate to seven per cent from its current 12 per cent rate. He also said that he would contemplate raising the stamp duty threshold from £125,000 to £500,000.

The latest SDLT receipts saw the Government earn £3.2 billion, in the third quarter of 2019, with official data from HM Revenue & Customs (HMRC) showing that earnings from stamp duty rose by 20 per cent.

The Conservative manifesto committed to the creation of a three per cent stamp duty surcharge on non-UK resident buyers, while experts are expecting further changes to the SDLT system.

The property resource website Zoopla has called on Chancellor Rishi Sunak to review the stamp duty price bands in the Budget, pointing to previous changes introduced in Budgets, such as the stamp duty exemption for first-time buyers and the introduction of the three per cent stamp duty surcharge.

Richard Donnell, Director of Research & Insight at Zoopla, said: “More housing liquidity supports home moves up and down the market and will boost labour mobility, ease pressure on transport and stimulate spending that can benefit the wider economy.

“With UK house moves stagnating at 1 million annually and SDLT costs adding to the expense of a property transaction, the Government needs to look at ways to keep Britain moving.”

For help and advice on matters relating to property law, contact our expert team today.