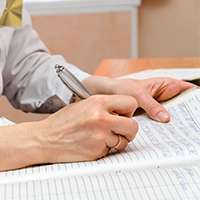 The Government has mooted the idea of requiring homeowners to maintain logbooks relating to their properties.

Matt Prior, an official at the Ministry of Housing, Communities & Local Government, suggested the proposal when speaking at the UK Finance Annual Mortgage Conference.

He said one of the areas where the current system is lacking is in relation to leasehold properties, where sellers do not usually disclose the term remaining on the lease or the service charge up-front and where buyers will potentially withdraw if these are not acceptable.

Explaining the reasons behind the proposal, Matt Prior said: “My neighbour moved recently. They’ve got a brilliant stream in the garden. I thought ‘if it rains, will it flood the garden?’ but they’re happy with it. If you know that up front, you can make that decision. If it takes weeks for your conveyancer to discover that and you decide you don’t fancy the property being flooded, you will potentially pull out at a later stage.”

He added: “You’ve got a process where people are kind of misled. They don’t understand how long it’s going to take. People move somewhere between one and two times after they make their first home move. It’s a process consumers are pretty unfamiliar with. It should not take 19 weeks to buy a house. It should be possible to get a lot of data about the property up front.”

Nineteen weeks is the average time it takes to buy a home in the UK, which prior described as being “a hell of a long time to wait”.

The Law Society and the Conveyancing Association have both previously called on the government to introduce a property logbook.

Prior added: “You go through the conveyancing process, you buy the house, you receive a perfect pack of information that describes the property at that moment – and you throw that away. We think that’s quite wasteful. Some of [the information] does not change.”

No further details of the proposals have yet been released.