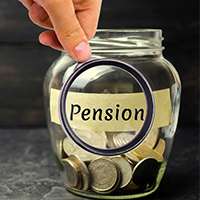 The Government claims that millions of workers could benefit from better retirement savings when a new type of pension scheme, which pools savers’ risks in a bid to provide more stability, is introduced to the market.

Work and Pensions Secretary Amber Rudd backed plans for the first Collective Defined Contribution (CDC) scheme in the UK after the pensions industry, insurers and other bodies welcomed the move proposed by Royal Mail and the Communication Workers Union (CWU).

The Government worked closely with Royal Mail and the CWU to develop the proposals, which went out to consultation in November.

The schemes offer a regular retirement income by allowing group contributions to be pooled together and invested, to give members of the scheme a higher final benefit level. Moreover, as the risk is shared, there are better long-term protections for members of the scheme.

CDC schemes are based on similar systems that are popular in the Netherlands and Denmark. While supporters of these schemes believe they provide less risk and more stability for both employees and employers, critics have said that the target benefits of the pension are too complex to explain to savers and are not guaranteed, which makes retirement planning difficult. As well as this, they argue that the scheme is incompatible with pension freedoms.

However, when introducing the scheme this month, Ms Rudd said that the pioneering proposals should deliver improved investment returns for workers and savers while cutting costs and red tape for job creators. She added that any steps that result in better savings returns for workers are something to celebrate.