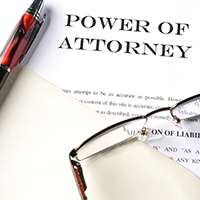 Over the same 10-year period, the number of orders under the Mental Capacity Act, enabling people to dispute decisions taken people appointed as attorneys increased from 16,407 to 38,945.

Meanwhile, the figures also showed that women made around 60 per cent of LPA applications.

LPAs can be made in respect of decisions relating to health and welfare and property and financial affairs. Individuals can choose to apply for either or both forms of LPA.

Link: Power of attorney surge – and so do family disputes