Home » Fears that changes to probate fees could yet be resurrected 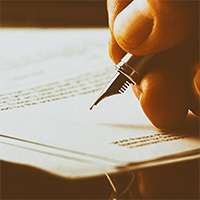 The Government has been reticent to comment on whether it has any intention of reviving plans to overhaul probate fees.

The proposal to scrap fixed charges in favour of a sliding scale of fees had proven hugely controversial, but the decision to call a snap General Election had left ministers with no choice but to put the policy on hiatus.

After the Conservative Party unexpectedly lost its majority it was widely assumed that the reforms – heavily criticised within the legal profession – were dead in the water.

But earlier this month there were whispers that the Government may yet resurrect the proposals.

When asked about the speculation, the Ministry of Justice had declined to comment, saying only that it intended to set out its position “in due course.”

Anxiety that an attempt may yet be made to put the changes back on the agenda has persuaded the Institute of Legal Management to write an open letter, outlining its concerns.

The missive, which was endorsed by a number of solicitors and professional bodies, voiced fears that the Government might be considering a return to arrangements which could see fees increase by more than a 100-fold in some cases.

Karon Walton, who is a director of Solicitors for the Elderly (SFE), confirmed there was a feeling that the contentious plans may resurface in future.

“If this is the case, we hope the Government has a full consultation beforehand, taking into consideration the feedback from the public and professionals across the industry, in order to find a fairer way of structuring the fees,” she said.

For legal advice on probate and the administration of estates please contact our Senior Associate Geoff Dennis (gdennis@ogrstockdenton.com) or visit our website.