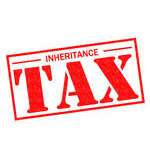 Commentators have been keen to point out that IHT receipts broke a new record last year – reaching their highest level since the existing IHT system was first introduced in 1986.

Meanwhile, the Office for National Statistics (ONS) has found an upward trend in IHT receipts going into this year, after its latest figures revealed that receipts rose by as much as 22.9 per cent in the first quarter (Q1) of 2017 alone.

Rising property prices coupled with a stagnant tax-free IHT threshold – which has been stuck at £325,000 since 2009 – have been cited as the biggest drivers behind the significant increase in the number of people having to pay IHT.

The Government famously introduced new legislation known as the new Residence Nil Rate Band (RNRB) in April this year – which enables those who leave residential property to their direct descendants to tap into an additional tax-free allowance of £100,000 in property value.

However, despite the introduction of these favourable reforms, the latest data suggests that IHT receipts have still risen by as much as £285m compared with this time last year.

One reason for this could be that Britons are failing to seek specialist legal advice in order to make the necessary provisions for the RNRB in their Wills, or to explore other methods of mitigating their IHT liability.

Families are being urged to speak to a solicitor for specialist Wills and Inheritance Tax planning advice tailored to suit their specific circumstances.