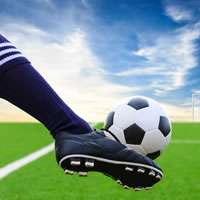 The frequency of domestic abuse incidents rises around and during England World Cup games. That is according to research carried out by a number of bodies, including the National Centre for Domestic Violence and Lancaster University.

Reports of domestic abuse are said to increase regardless of whether England win or lose and police forces across the country are gearing up to deal with the extra incidents as the national side’s campaign continues.

The largest study into the problem was undertaken by Lancaster University, which compared data taken from the last four World Cup tournaments. It found there was a 38 per cent rise in cases of domestic abuse whenever England lost and a 26 per cent increase when they won or drew.

The study also found that incidents rose by 11 per cent, regardless of result, the day after an England match, with the overall rate peaking at weekends or following the team’s exit from the tournament.

In an attempt to counter the problem, local councils have launched campaigns on social media to highlight the issue and the police have increased the number of specially trained officers on duty during England matches.

Commenting on the findings, the chair of the Local Government Association’s Safer and Stronger Communities Board, Simon Blackburn, said: “While the vast majority of those watching football games are not in any way involved in domestic abuse, there is a small minority who will become more violent and put others at risk during this time.”

Elsewhere, Specialist Crime Superintendent Anne-Marie Salwey said: “The World Cup, as with other major sporting events, is often associated with an increase in incidents of domestic abuse because of factors such as increased alcohol consumption and an increase in tension.

“For those who refuse to address their behaviour our message is clear; we will not tolerate domestic abuse and will take action against anyone who uses physical or mental abuse to control, coerce or harm a member of their family.”

Graeme Fraser, Partner in the Family Team at OGR Stock Denton, comments: “Domestic abuse is of the utmost seriousness no matter when it takes place, so getting informed legal advice quickly from experienced and specialist solicitors means immediate action can be taken to protect affected family members from further harm.”