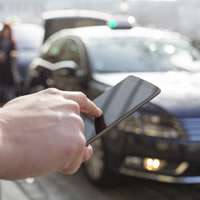 A landmark employment case has been settled in favour of Uber drivers, with a Tribunal ruling that they should be classed as workers rather than self-employed.

The decision follows a hearing in July, in which two members of the workforce argued that the company exercised significant control over them, while denying them the basic rights which they would be entitled to as workers.

Today’s ruling means that the drivers will have access to a raft of employment rights, including holiday pay and paid rest breaks and could open up the firm to thousands of similar claims.

The outcome could also have significant implications for many other companies which have operated similar business models, including the food delivery firm Deliveroo.

Speaking after the ruling, officials from the GMB trade union, which had supported workers in their case against Uber, welcomed the decision.

Maria Ludkin, GMB’s legal director, said: “This is a monumental victory that will have a hugely positive impact on over 30,000 drivers in London and across England and Wales and for thousands more in other industries where bogus self-employment is rife.”

The taxi-app giant, which had argued its working arrangements had given drivers greater flexibility, has already confirmed that it will appeal against the Tribunal’s ruling.

Jo Bertram, Uber’s UK manager, said: “Tens of thousands of people in London drive with Uber precisely because they want to be self-employed and their own boss.

“The overwhelming majority of drivers who use the Uber app want to keep the freedom and flexibility of being able to drive when and where they want. While the decision of this preliminary hearing only affects two people, we will be appealing it.”