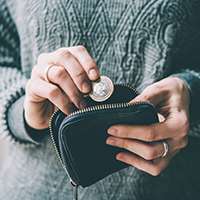 Judges at the Court of Appeal have ruled that the £175,000 annual payments made by the finance director of an international travel firm should end in 2021, rather than continue for life, as had previously been ruled.

Kim Waggott, the former wife of William Waggott had been seeking a £23,000 increase to her annual payments, which came on top of a £9.76 million settlement.

However, the judges ruled instead that the payments will end in just three years’ time.

Representing Mr Waggott, Nigel Dyer QC said: “How long should an order based on sharing last for? When does the meter stop ticking?

“It is unfair to expect the husband to continue working long hours in demanding employment and not expect the wife to realise her earning potential as soon as is reasonably practicable.”

Ruling in favour of the husband, Lord Justice Moylan, said: “The expression ‘meal ticket for life’ can be used as an unfair trope.

“I, of course, acknowledge that long-term maintenance can be required as part of a fair outcome.

“But it is plain to me that the wife would be able to adjust without undue hardship to the termination of maintenance.

He added: “It will be clear from what I have said above that the wife’s appeal from the judge’s decision not to award her more of the husband’s post-separation income by application of the sharing principle fails.

“Any extension of the sharing principle to post-separation earnings would fundamentally undermine the court’s ability to effect a clean break.

“I reject Mr Turner’s [barrister for Mrs Waggot] more extreme argument that the wife’s capital, apart from her housing needs, should be preserved and should not be used in any way to meet her income needs.

“This again would conflict with the clean break principle.”