Home » Common Law Wives (or Husbands) do not exist: A third of cohabitees unaware of their current rights 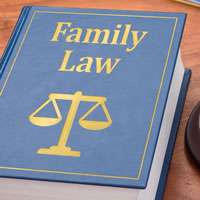 A new survey has suggested that one in three of the UK’s cohabitees believe that they have the same legal status as married couples.

The survey conducted by polling company YouGov put a range of questions to 1,000 unmarried couples living in various parts of the UK.

In total, 35 per cent of respondents believed that their relationship afforded them the same rights as those who were married or in a civil partnership.

In recent years there has been a concerted effort to dispel the myth that common law marriage is a recognised arrangement in the courts of England and Wales.

But the new poll suggests that despite cohabiting couples being identified as the fastest growing type of family in the UK, there are still misconceptions about the legal status of the relationship in many households.

Seventy-six per cent of respondents were not familiar with the concept of cohabitation agreements and only two per cent had signed such a document.

If a property is just in one person’s name, the other may have no rights at all.  There was also a general lack of awareness about the law relating to joint tenancy arrangements and how property would be split in the event that the relationship broke down.

Although many couples remained unclear about current laws, an overwhelming majority believed that cohabitees should receive the same legal rights as those who had married.

Unfortunately, despite many in the legal profession pressing for reforms, there is little confidence that suggested legislation will complete its passage through Parliament.

The Cohabitation Rights Bill received a second reading in the House of Lords over two years ago, but there has been little progress since.

For organisations such as Resolution, the family law association to which most specialist family lawyers belong, the sluggish pace of change is far from satisfactory, particularly given that there are now 3.3 million couples cohabiting nationwide.

Cohabiting couples need to define what should happen if they separate or die.  Many don’t and as a result you can have a situation, as we have had recently, where a woman having been what she thought was “a common law wife” for over 20 years and having had three children was not entitled to anything from the family home, nor any maintenance for herself.