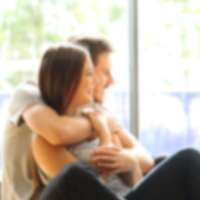 The law as it stands provides only a handful of rights to cohabiting couples. However, it does so inconsistently and confusingly, leading many to believe wrongly that couples in longstanding relationships gain automatic rights akin to those enjoyed by married and civil partnered couples.

This is the myth of ‘common law marriage’, something that has led Graeme Fraser, Partner and Head of Family Law to campaign for automatic rights for cohabiting couples, with opt-outs available for those who do not want legal recognition.

During a debate in the House of Commons earlier this week on the introduction of ‘no-fault divorce’, the matter of the rights enjoyed by cohabitants was raised by MPs, Wera Hobhouse (Liberal Democrat, Bath) and Bambos Charalamous (Labour, Enfield Southgate).

Does the Secretary of State agree with me and with Resolution, the organisation for family lawyers, that we also need to provide earlier ​advice for cohabitees who believe that common law spousal rights might exist for them? Legal advice on whether such rights exist would be beneficial. Does he agree that including provision for early advice in the Bill would be welcome?

We must recognise that marriage and civil partnerships are not for everyone, and that young people who do get married are doing so later and later. Our legal system needs to catch up with society, in which millions of couples choose to live together without making a formal commitment. The Law Commission suggests granting essential but limited legal rights to couples who have lived together for at least three years. Such legislation would complement the new divorce, dissolution and separation laws, and I urge the Minister to take another look at that proposal.

Graeme Fraser said: “The lack of rights and protections for cohabiting couples is something that affects millions of families up and down the UK, so I commend the two MPs for raising this with ministers.