Home » Can a dismissal without warning for ‘serious’ misconduct, as opposed to gross misconduct, be fair? 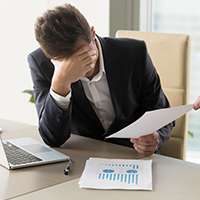 The Employment Appeal Tribunal (“EAT”) in Quintiles Commercial UK Limited v Barongo held that it could.

Facts: Mr Barongo was employed by Quintiles Commercial UK Limited (“the company”) as a medical sales representative. He was put through a disciplinary process for two acts of misconduct (i) failing to complete an online compliance training course by the deadline and (ii) failing to attend a compulsory training course.  Mr Barongo accepted that he was guilty of misconduct and argued, in mitigation, that he had not intentionally failed to engage with the training but had prioritised other work commitments.  He had been placed on a performance improvement plan a few months earlier.  At the disciplinary hearing, the manager conducting it did not accept that Mr Barongo’s mitigation plea was sufficient and concluded that trust and confidence had been destroyed. He decided that Mr Barongo should be dismissed on notice for gross misconduct.  When Mr Barongo appealed, the director of the company who heard the appeal took the view that Mr Barongo was guilty of serious misconduct rather than gross misconduct but upheld the decision to dismiss on notice. Mr Barongo brought a claim of unfair dismissal in the employment tribunal, which upheld his claim on the ground that when misconduct is characterised as serious rather than gross, it means that warnings are to apply and the failure in this case to give warnings rendered the dismissal unfair.  The company appealed to the EAT.

Held:  The EAT allowed the company’s appeal. It pointed out that under the relevant legislation in the Employment Rights Act 1996, an employment tribunal should consider two basic stages to determine whether a dismissal is unfair:

Comment: It should be noted that the EAT also considered it relevant that the company’s decision to dismiss was not just based on the acts of serious misconduct but also that it could no longer trust Mr Barongo to meet the standards required of him for his work. The EAT stressed that it was not suggesting that the tribunal would not be entitled to find the dismissal still fell outside the band of reasonable responses but it needed to make its decision in the correct way.  The case is to be remitted to a different tribunal to be heard afresh.