Home » Were ‘bad leaver’ provisions forcing an employee to give up a shareholding an unenforceable penalty? 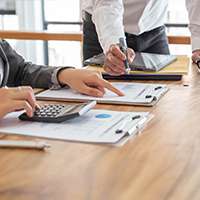 FACTS: Ms Nosworthy was employed by Communication Operations Ltd (COL) prior to its acquisition by Instinctif Partners Limited (“IP”) by way of a sale of shares. As a condition of the acquisition, Ms Nosworthy, as a key employee, was given a small (2%) shareholding in COL to ensure continuity post-acquisition. Col’s shareholders (including Ms Nosworthy) then sold their shares to IP under a Share Purchase Agreement which provided for both initial consideration and deferred consideration. The deferred consideration included entitlement to earn-out shares and loan notes subject to good leaver/bad leaver provisions. A bad leaver, defined in IP’s Articles of Association to include an employee who voluntarily resigned, would not be entitled to any earn-out payments that became payable following termination of employment.  Ms Nosworthy also entered into a Deed of Adherence under which she covenanted not to become a bad leaver as defined in the Articles and if she did, IP would be entitled to acquire her earn-out shares shares at the lower of acquisition cost or fair value and would be required to forfeit her loan notes.  When Ms Nosworthy resigned, IP sought to rely on these provisions to require her to transfer her shares for the lower of acquisition cost or fair value, which was nil, and to forfeit her loan notes.  Ms Nosworthy brought claims in the employment tribunal to challenge these provisions by way of breach of contract and unauthorised deductions from wages.

HELD: The employment tribunal rejected the unauthorised deduction from wages claim. It also rejected Ms Nosworthy’s argument that, in so far as the ‘bad leaver’ provisions required her to transfer her shares to IP for nothing, they were unconscionable – it observed that Ms Nosworthy had not purchased the shares, she was given them.  It also rejected Ms Nosworthy’s contention that the provisions amounted to an unenforceable penalty clause. The tribunal acirst Essex Busescepted IP’s argument that a penalty is a sum to be paid on breach of contract, and Ms Nosworthy was not in breach of contract in resigning from her employment. Although Ms Nosworthy had covenanted that she would not become a bad leaver, IP was not relying on her breach in this regard so the issue of penalty did not arise. Ms Nosworthy then appealed but the EAT dismissed the appeal and agreed with the employment tribunal’s decision.  In particular, on the question of unconscionability, it held that this was not a case of Ms Nosworthy having been serious disadvantaged as regards the other party, whether through poverty, ignorance, lack of advice or otherwise. It also agreed that the bad leaver provisions were not an unlawful deduction from wages because the shares were provided to her as a vendor of shares, not in her capacity as an employee.

Comment:  This case demonstrates how widely enforceable “bad leaver” provisions can be drafted so as to include an employee who resigns (rather than merely an employee who is dismissed for cause, as is sometimes the case). Prospective employee shareholders should be aware of the importance of obtaining legal advice at the outset on the potential consequences of good leaver/bad leaver provisions.