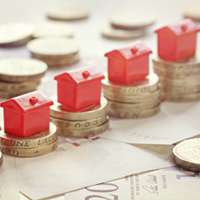 The Government has unveiled ambitious proposals to effectively ‘ban’ the sale of new-build properties under leasehold instead of freehold in England, according to reports.

Under the plans, which will be subject to an eight-week public consultation, the payment of ‘ground rents’ on new-build properties could be outlawed completely.

The proposals come amid mounting concerns that such ground rents – which can sometimes double every decade or increase year-on-year – are ‘crippling’ homeowners and causing difficulties when it comes to selling on a property after decades of ownership.

Communities Secretary Sajid Javid has said that he wishes to take action to eliminate the “unjust” and “unnecessary” practices which currently see landowners “exploit homebuyers” by charging unacceptable fees and costs.

Currently in the UK, properties available to buy are typically sold as either ‘leasehold’ or ‘freehold’.

If a homebuyer purchases a freehold property, that homeowner will have outright ownership of both the property itself and the land on which it stands.

However, those who purchase a leasehold home are effectively only purchasing the right to occupy and use that property – and not ownership of the land itself.

In many cases, such homebuyers are being charged ground rents and other costs which will increase slightly over time unless the homeowner purchases the rights to the property’s leasehold at a later date.

The sale of homes under leasehold instead of freehold is common amongst flats, apartments and new-build houses.

But under the Government’s new proposals, leaseholds could effectively be abolished altogether on all properties built as new.

Mr Javid said: “It’s clear that far too many new houses are being built and sold as leaseholds, exploiting homebuyers with unfair agreements and spiralling ground rents.

“Enough is enough. These practices are unjust, unnecessary and need to stop.”