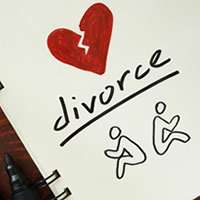 ‘Adultery’ and ‘unreasonable behaviour’ are the most common reasons for divorce in the UK, according to analysis of new data from the Office of National Statistics (ONS).

The latest ONS figures into divorce trends across the UK, which were released Monday 5 December 2016, reveal that the number of people divorcing in England and Wales fell by 3.1 per cent in 2014.

Analysis of their data suggests that there were 111,169 divorces recorded in total – and as many as 66,588 (60 per cent) of divorces involved either ‘unreasonable behaviour’ or ‘adultery’.

Commenting on the statistics, Nigel Shepard, Chair of family law foundation, Resolution, stressed that such trends could be prone to change in the near future due to the potential introduction of no-fault divorce.

He said: “For those 111,169 of couples that did divorce, we know that nearly two-thirds will have apportioned blame – whether they wanted to or not.

“At Resolution, we believe in a better way for separating couples that allows them to divorce without blame, conflict or argument.

“Over 90 per cent of our members support a move to no-fault divorce, and last week 150 family lawyers gathered in Parliament to meet with MPs and lobby for change.

“We are pleased with the positive reception our calls for no fault divorce received among MPs and we will continue our call for this much required, widely supported legislative change”.

Peter Martin, Head of Family Law at OGR Stock Denton, added: “The real problem with our divorce laws is this: If you have not been separated for a period of a project years, then you have no choice but to blame the other person.

“This is why the majority of divorces are based on blame, as most people can’t separate without sorting out the finances and, in particular, the sale of the home.

“Lawyers have been seeking no-fault divorce for four years. For some reason politicians feel that if this is supported they will be accused of attacking family values. As usual, the politicians are wrong”.