Home » Does a worker who does not take paid annual holiday, because the employer refuses to pay, carry over his/her entitlement to paid holiday indefinitely or is it lost at the end of each holiday year? 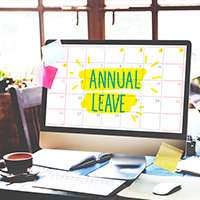 The European Court of Justice (“ECJ”) held that it carries over, in the recent case of King v The Sash Window Workshop Limited – in which this question was referred to it by the Court of Appeal.

The European Working Time Directive provides that member states must ensure that every worker is entitled to at least four weeks of paid annual leave and that a payment in lieu of annual leave may only be made on termination of employment.  This Directive was implemented in the UK by the Working Time Regulations 1998 (“WTR”) which initially set out a worker’s paid annual leave entitlement as four weeks but subsequently increased it by 1.6 weeks to 5.6 weeks per holiday year in recognition of the eight public and bank holidays. The WTR provide that the basic four weeks’ annual leave may be taken only in the leave year in respect of which it is due and cannot be replaced by a payment in lieu except on termination of employment.  Nonetheless, following a number of ECJ decisions, the Court of Appeal held in NHS Leeds v Larner that a purposive interpretation should be applied to the WTR to allow a worker on long-term sick leave – who has not had an opportunity to take annual leave – to carry their unused leave forward and to receive a payment in lieu of it on termination.

Mr King worked for The Sash Window Workshop Limited (“the Company”) as a commission-only salesman for 13 years. He was believed to be self-employed and therefore was never paid for any holidays or periods of sickness absence. When the Company terminated his contract, Mr King claimed unpaid holiday pay in the Employment Tribunal.  His case was that he had not taken his full annual leave entitlement each year because it would have been unpaid.  The Employment Tribunal accepted that he was a ‘worker’ for the purposes of the WTR and awarded Mr King holiday pay (not only in respect of the current leave year but also in respect of leave requested and taken as unpaid leave in previous years and leave accrued but untaken in previous years). The Company appealed against the decision to award payment in respect of leave accrued but untaken in previous years and the Employment Appeal Tribunal allowed their appeal, holding that the Employment Tribunal had failed to make findings of fact to support its conclusion that Mr King was unable to take annual leave for reasons beyond his control. There was therefore no basis for departing from the usual position under the WTR that entitlement to leave expired at the end of the relevant leave year.

Mr King appealed to the Court of Appeal which made a reference to the ECJ which supported Mr King.

Comment: This case could have significant implications for the employers of those who have been misclassified as independent contractors rather than workers, including, in particular, employers such as Uber. Such employers could be required to pay large amounts to their workers on termination in lieu of both the unpaid holiday they have taken and the holiday they have been discouraged from taking because it would have been unpaid even though this ruling only applies in respect of the four weeks’ EU holiday entitlement per year rather than all 5.6 weeks of UK holiday. Even if such employers were to start offering paid holiday going forward, a liability for past breaches could remain until termination.  However, it should be stressed that this case only deals with the situation where workers have not taken annual leave because they have been led by their employer to believe it will not be paid.  If a worker would have been paid if they had taken annual leave but failed to take up all their entitlement in the relevant leave year, then save as mentioned in relation to long-term sick leave or otherwise as varied by their contract of employment, the provisions of the WTR will apply and the worker will not be able to carry their unused holiday forward into the next leave year and will not be entitled to be paid in lieu.