Home » If a worker does not apply for the minimum annual leave due under EU law (4 weeks) during a leave year, is the right to that leave automatically lost at the end of the year? 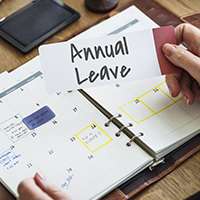 The European Court of Justice (“ECJ”) held in Max-Planck-Gesellschaft v Shimizu  that it is not lost unless the worker has been given an opportunity to take that leave and the employer can show that it encouraged the worker to do so.

Facts: Mr Shimizu worked at the Max Planck Institute, a private scientific support institution in Germany. Two months before the end of the employment relationship in 2013, the Institute invited Mr Shimizu to take his remaining leave (without forcing him to take it on the dates it had set). Mr Shimizu took only two days off and requested payment in lieu of his unused annual leave not taken in 2011 and 2012, which the Institute refused. Under German law (as in English law), he lost the right to carry over untaken leave from one year to the next. Mr Shimizu brought proceedings in the German labour courts. As the court was unsure whether EU law precludes national legislation from providing for the loss of paid annual leave which is not taken, and the loss of an allowance in lieu of that leave, where the worker has not applied for leave before the employment relationship ended, it asked the ECJ to give a  ruling on the interpretation of  Article 7(2) of the EU Working Time Directive which provides that “the minimum period of paid annual leave may not be replaced by an allowance in lieu, except where the employment relationship has ended”.

Held: The ECJ was of the view that it would not be compliant with Article 7 for national law to prescribe an automatic loss of rights in such circumstances without first verifying that the worker had an effective opportunity to take the annual leave owing them.  The ECJ pointed out that the worker is the weaker party in such a situation and so it is incumbent on the relevant court to ensure that the employer does not restrict the worker’s rights. It therefore cannot be left solely up to the worker to ensure they are able to exercise their rights effectively. Although this does not mean that Article 7 should require the employer to force workers to take their holidays, it must ensure the worker has the opportunity to do so.  This means the employer must encourage the worker to take their holiday, while informing them, accurately and in good time, of the risk of losing that leave at the end of the applicable reference period.  Furthermore, the onus is on the employer to prove to the court it has done so.  It will be up to the referring court to decide whether the national law in question complies with this requirement.

Comment:  Firstly, it should be noted that this case only relates to the four weeks’ annual leave required by the Directive and not to the additional 1.6 weeks’ annual holiday entitlement imposed by English law under the WTR but subject to that, it would appear from this judgement that accrued, untaken holiday cannot automatically lapse at the end of a holiday year and therefore carries over to the next year. If the employment then terminates, the right to payment in lieu under Article7(2) is to the total accrued, untaken entitlement. This was what Mr Shimizu was seeking – 51 days, attributable to 2011 and 2012. An employer would now need to be able to show that it had enabled the worker to take their holiday entitlement in order for the entitlement to lapse at the end of the holiday year.

The Working Time Regulations 1998 (“WTR”), which implement the Working Time Directive, state that the four week entitlement imposed by the Directive may only be taken in the leave year in respect of which it is due. The ECJ judgement would appear to say that the WTR would need to be read as being subject to the proviso that the employer had informed the worker accurately and in good time of their right to take the leave.  We have yet to see how the UK courts will interpret the ECJ judgement and whether a limit on carry over, of say 15 months, would be permissible provided the employer has not unlawfully prevented the worker from taking holiday.  In the meantime, employers should consider whether they take sufficient steps to encourage their staff to take their leave.