Home » Women not as successful at acquiring pay rises 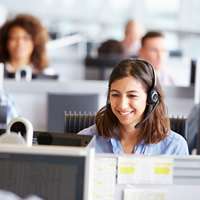 A new study has revealed that women are less likely to secure a pay rise than men, despite asking their managers as frequently for a wage increase.

It has long been suggested by some parties that women are not paid as much, or the same as men, because they are not willing to ask for a pay rise.

However, research conducted by the Cass Business School, Warwick University and the University of Wisconsin in America has dispelled this myth with its new findings.

The research also concluded there was no evidence for the idea that women were reluctant to ask for a salary increase because they were more wary of damaging relationships with their managers, or deviating from ‘typical’ perceived stereotypes.

The data for the study came from the Australian workplace relations survey, which is thought to be the only national study to systematically record whether employees have asked for a pay rise.

Andrew Oswald, professor of economics and behavioural science at the University of Warwick, said: “The fact that women don’t ask for pay rises as often as men is a popular theory. It’s a very common thing for women to say and believe, but all of the evidence is anecdotal, so it’s very hard scientifically to do a proper test of this.”

He believes one possibility was that men who failed to get a pay rise kept their failure to themselves, whereas women “were more straightforward and tell their friends”.

“Having seen these findings, I think we have to accept that there is some element of pure discrimination against women,” Prof. Oswald added.

“It could be that Australia is odd. But it’s a modern industrial economy halfway in character between Britain and the US, so I think that’s unlikely.”

The study also found that both women and men under 40 were asking for and receiving pay rises at the same rate, which the researchers said could mean that negotiating behaviour had started to change.

Dr Amanda Goodall from Cass Business School added: “The study potentially has an upside. Young women today are negotiating their pay and conditions more successfully than older females, and perhaps that will continue as they become more senior.”