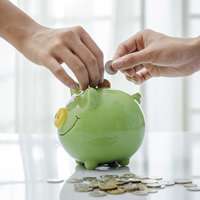 A woman who had been denied payments following her partner’s death has won the right to a “survivor’s pension.”

Denise Brewster had challenged a previous ruling that she was not entitled to money from the scheme on the basis that she had not been married to Lenny McMullan.

The couple had lived together for a decade and owned a home together in Coleraine, Northern Ireland.

The pair had got engaged on Christmas Eve 2009, but tragically Mr McMullan had died just a couple of days later.

Ms Brewster, aged 42, was originally told that she was not entitled to money from the occupational pension scheme that her late partner had set up with Translink, the public transport company where he had worked for 15 years.

While she would have received payments automatically if the couple had been married, the fact that they were not meant that Mr McMullan would have had to “nominate” his partner.

The High Court had originally ruled she should be eligible, but this decision was later overturned at the Court of Appeal. The Supreme Court was then called upon to deliver a definitive ruling, having heard evidence late last year.

Today it was announced that the five Judges had unanimously ruled in her favour.

Throughout proceedings, Ms Brewster had made representations that she had been a victim of “serious discrimination” and her legal battle could be an important test case for other cohabitees.

Speaking previously about why she had decided to pursue the matter, she said:  “My case is simple: bureaucratic rules like this which discriminate against long-term cohabitees should not be permitted.

“A positive decision from the Supreme Court is likely to impact on discrimination against cohabitees across a wide range of areas, not just pension rights.”