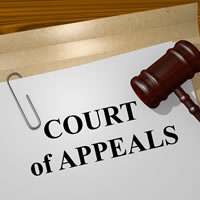 In every marriage are both parties unreasonable?

A pensioner who was previously refused permission to divorce her husband has taken her case to the Court of Appeal.

In what has been described as an “extraordinarily unusual” legal battle, Tini Owens claims she has been “locked” in a loveless marriage.

A family court Judge, Robin Tolson, had dismissed Mrs Owens’ divorce petition last year.  In the original hearing, the 66-year-old said that her husband, Hugh Owens, had continued to berate her about a previous affair and that his conduct amounted to unreasonable behaviour.

She told the court that she felt isolated and alone, citing instances where her husband sat silently as they ate and criticised her in front of the couple’s housekeeper.

Mr Owens, who has made millions after starting a mushroom growing business, had insisted he had forgiven his wife for her infidelity five years ago and that he wanted them to remain married.

Judge Tolson concluded that Mrs Owens “exaggerated the context and seriousness” of incidents and suggested her husband’s behaviour was to be expected in a marriage.

Choosing to dismiss a petition is very unusual these days and, if the original ruling is upheld, Mrs Owens will have to wait five years from the time they separated to be able to divorce without her husband’s consent.   Her legal team have argued this is particularly unfair given her age.   They have also taken issue with the suggestion that the couple’s wealth means they can afford to live in separate houses.

The court was informed that the Owens, who married almost 40 years ago, have been living apart since 2015.

Three Judges, including the president of the family division, Sir James Munby, heard evidence at London’s Royal Courts of Justice yesterday and are expected to announce their decision at a later date.

Peter Martin, head of the Family department at OGR Stock Denton, commented: “I have long held the view that in every marriage both parties behave unreasonably from time to time.

“Whilst the Judge is clearly right that this is just a part of marriage, to hold a wife in a loveless marriage simply because the husband does not accept the marriage has broken down irretrievably is nonsense.