Home » Should voluntary overtime be included in the calculation of holiday pay? 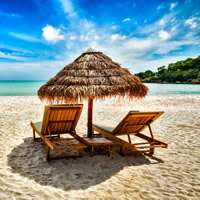 Yes, according to the employment tribunal in Brettle and ors v Dudley Metropolitan Borough Council.

The EU Working Time Directive provides that Member States must ensure that workers have the right to at least four weeks’ paid annual leave.  The Directive does not say how statutory holiday pay should be calculated, theoretically leaving this to national legislation or practice. However, according to the European Court of Justice (ECJ) ‘paid annual leave’ means that workers should receive their ‘normal remuneration’ when taking their annual leave entitlement. In British Airways plc v Williams and ors the ECJ held that a worker on holiday is entitled not only to basic salary, but also to other remuneration which is intrinsically linked to the performance of the tasks which he is required to carry out under his contract of employment.  This reasoning has since been used in other decisions so as to include commission payments and both guaranteed and non-guaranteed overtime, the latter arising where there was no obligation on the employer to provide overtime but if it was available the worker was obliged to perform it.  This has left open the position in respect of purely voluntary overtime where an employer is not obliged to offer overtime and a worker is not obliged to undertake it.

In the case of Brettle and ors v Dudley  Metropolitan Borough Council, a group of workers, who carried out housing repairs for the Council, claimed that they had not received the correct statutory holiday pay and should have received additional sums in respect of voluntary overtime, standby and call-out payments.  They worked different shift patterns with varying degrees of frequency as to overtime.  The tribunal held that a worker should not be deterred from taking annual leave and the question to be asked in each case was “What is normal pay?”  It decided that the overtime payments were part of the claimants’ normal pay except in the case of one, who rarely carried out overtime other than in the event of a major emergency. The tribunal reached a similar conclusion regarding standby allowances and call-out payments. However, the tribunal made clear that these additional payments only had to be factored into the calculation of holiday pay in relation to the four weeks’ basic annual leave under Regulation 13 of the Working Time Regulations 1998.  Pay for additional leave under Regulation 13 A (being the extra statutory 1.6 weeks introduced in 2007) and any additional contractual leave should be calculated as before and it concluded that it is for the employer to decide when Regulation 13 holiday should be taken though, in the absence of a stipulation to the contrary, it is common sense for it to be taken first in the leave year with the additional Regulation 13A leave to be taken afterwards.

Although this is only a tribunal decision and therefore non-binding, it sheds light on the question of what constitutes ‘normal remuneration’ and supports the view  that payments normally received are part of normal remuneration as a result of which regular  voluntary overtime, standby and call-out payments should be included.