Home » Why unmarried couples should consider signing a cohabitation agreement 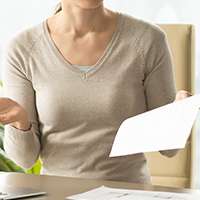 Unmarried cohabiting couples are being advised to consider signing a cohabitation agreement, after a recent survey found that more than a third of cohabitees were misunderstanding the law.

Research highlighted by The Independent ahead of Valentine’s Day last week suggests that many of the UK’s 3.4 million cohabiting couples wrongly believe in the myth of ‘common law marriage’.

The survey, which was carried out by insurance company Direct Line, found that one in ten cohabitees thought that they were entitled to claim a share in jointly-held property in the event of either a relationship breakdown or the unexpected death of their common law partner.

However, under English law, this is far from the case, as the concept of ‘common law’ marriage is in fact a myth.

As family lawyer professional association Resolution explains, this means that “if you and your partner aren’t married or in a civil partnership… you have very little legal protection if you break up.”

This is the case regardless of how long a couple has cohabited together – or how many children they may have together.

Simply put, unmarried cohabiting couples are not legally recognised as a ‘couple’ at all under English law.

In recent months, Resolution has been campaigning for the introduction of new laws to grant extra legal protection to cohabitees in the event of a relationship breakdown.

For the time being, however, cohabiting couples can protect themselves and their assets by seeking specialist legal advice to draw up a cohabitation agreement.

These important legal documents can help to clarify what will happen to any jointly or individually-owned assets, such as property, in the event of a split.

North London solicitor Graeme Fraser, Partner at OGR Stock Denton, who is also Resolution’s national spokesman on cohabitation issues, said: “Making a cohabitation agreement should be default for all unmarried couples who choose to live together, and should consult a specialist family lawyer whenever they are making arrangements to share property, and to have those arrangements reviewed whenever there are major changes including the birth of children, changes in health and employment status”.