Home » Was it unlawful disability discrimination to refuse employment because of a perception of a risk of future inability to work in a particular role? 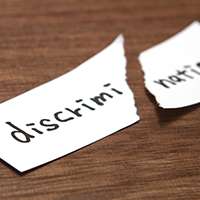 Yes, held the Court of Appeal in Chief Constable of Norfolk v Coffey.

It has generally been understood that the Equality Act 2010 (the Act) protects individuals, who do not have a protected characteristic, where the alleged discriminator thinks that they do. However, in the case of disability discrimination, a tribunal might first have to determine whether an employer perceived a physical or mental impairment to have a sufficiently substantial and long term adverse effect on the individual’s ability to carry out normal day-to-day activities so as to satisfy the statutory definition of ‘disability’.

Facts:  Mrs Coffey was a police officer in the Wiltshire Constabulary.  She suffered from some hearing loss but it had never caused her any problems in doing her job and since she was able to do her normal day-to-day activities, it did not constitute a disability within the meaning of the Act.  In 2013 she applied for a transfer to the Norfolk Constabulary but it was refused because, as a result of a medical test, the Acting Chief Inspector for Norfolk (Chief Inspector) rejected Mrs Coffey’s application on the basis that her hearing did not meet the national standards. Mrs Coffey brought a disability discrimination claim, arguing that she had been discriminated against because the Chief Inspector perceived her to have a disability and that the decision to reject her application was direct disability discrimination. Her claim succeeded in the employment tribunal which found that the Chief Inspector had perceived Mrs Coffey to have an actual or potential disability which could progress to the extent that she would need to be placed on restricted duties and this amounted to direct discrimination. The Constabulary appealed to the Employment Appeal Tribunal but the appeal was dismissed.  The Constabulary then appealed to the Court of Appeal.

Held: The Constabulary argued that the requirements of the role of a front-line police officer were exceptional and could not be said to be ‘normal day-to-day activities’.  However, the Court held that while it was accepted that the work of front-line officers was in many respects unique, often challenging and sometimes dangerous, the activities for which good hearing was relevant were nevertheless normal day-to-day activities for the purpose of the Act. It followed that the Chief Inspector’s belief that Mrs Coffey’s hearing loss would, currently or in the future, render her unable to perform the duties of a front-line police officer was a perception that it would have an effect on her ability to carry out normal day-to-day activities.  It also followed that any such effect would be substantial and adverse, at least if, as the Chief Inspector appeared to have assumed, it would lead to Mrs Coffey being taken off front-line duties.

Comment: This is the first case to directly address perceived discrimination under the Act so it is helpful that the Court of Appeal has confirmed that claims based on a perception of disability are permissible.